How bees are saving elephants in Africa and India

Imagine how a little bit of knowledge can grow into an idea.  Then the idea grows into an incredible ingenious project.
It's called the Elephants and Bees Project. 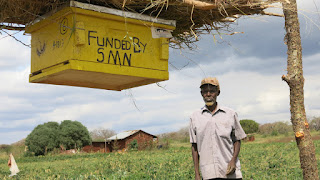 It's the creation of Dr Lucy King.

She collaborated with Oxford University, Disney's Animal Kingdom and the farmers in Africa and India to help save the elephants.
But we have bees to thank for saving them. 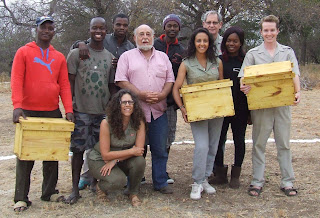 Elephants are naturally afraid of bees.  With this little bit of knowledge the idea was born of creating "bee fences" around crops.  It keeps the elephants out of the crops.

Farmers don't loose their crops and so the conflict between farmers and elephants is removed.

Elephants aren't killed by angry farmers.  And it's all thanks to the little honey bee.

The farmers harvest the honey and have an increase in family income because of the honey they have for sale.

The project has also been used to put hives around trees to protect them from foraging elephants.
They accept donations to help with their funding.  What a worthy project!

Posted by Bee Magic Chronicles for Kids at 1:36 PM 7 comments:

Labels: how bees are saving elephants in Africa and India, the elephant and bees project

Does your bee yard Stink? If so, that's a good sign 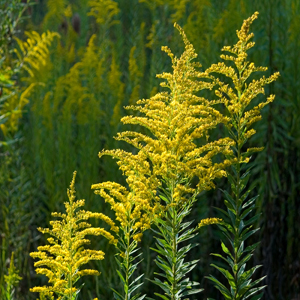 It's not AFB that you're smelling in your yard.  My first year of beekeeping I got so worried when I smelled my hives.

If you've opened your hives at this time of year then the smell will be even stronger.

What is it?  It's the smell you'll have in your yard every fall - it's Goldenrod nectar being processed.

What does it smell like?  Stinky socks or stinky feet is the best description.

The cured honey doesn't smell.  It's only while the bees are processing it.

And think about that amazing flavour of goldenrod honey - my favourite honey flavour.
Posted by Bee Magic Chronicles for Kids at 1:11 PM 3 comments: 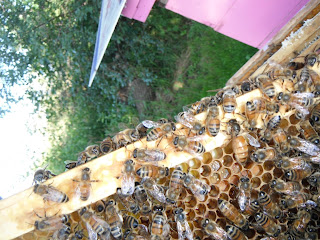 I haven't seen brood in a hive in so long it felt like I couldn't remember what they look like.

Of course the only hives I was inspecting at this time of year were the ones that I knew were queenless.

I believe that my hives had requeened at least two to three times through the summer and the failure rate was high.

At first I thought the problem was in the yard on the conservation land but after noticing population declines in my other yard and doing inspections I found the problem was persistent in both yards. 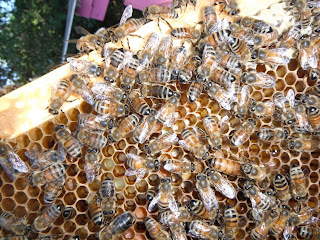 The big question is Why?  I don't know.  I certainly cannot blame mites since the brood cycle has been so disrupted that they've had periods of time with no brood so mite levels are low or non existent.  I live in the corn belt - southwestern Ontario so it's very likely that neonics are affecting the bees.

I purchased three queens and installed the cages last week.  I dug out a bit of the candy so they could release a little quicker.
A week later I returned.  Both queens were still not releasted (the candy was a bit hard) so I released the queens.  I closed up and left. 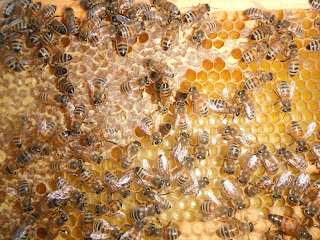 I let another week go by and today checked the two hives.  These were hives I absolutely knew had no queen before.  I saw eggs in both hives.  Thank God the queens were accepted.  One hive was very calm.  In the other hive the bees were antsy.  They had eggs in their cells but the bees weren't relaxed.  They weren't aggressive or stinging but they were giving off an anxious sounding buzz.

On examination of frames I could see they had wax moth catepillars and cocoons.  I scraped them out.  This hive was weak due to population decrease.  Also, they had been robbed out of their honey.  I believe they were anxious because they don't have food stores.  They did have pollen though.  I will be feeding them sugar syrup tomorrow. 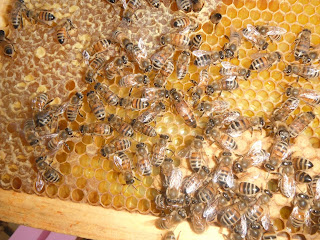 I had put an entrance reducer in over a week ago when I saw what I considered to be too much activity on the hive - since they were queenless and had a population decrease.  I feel stupid for being so slow to realize they were being robbed out.

Advice:  Keep in mind that if a hive is queenless it might be a good idea to put in entrance reducers so that a declining hive population can better protect itself while waiting to resolve their queen issues.

The problem in July is that queen breeders have wait lists and even if you know you need a queen you can't get one!!!  The demand is too high.  If you want to purchase queens get your name on the list early in the game.

By August queen are available as most consider it too late in the year to do anything.
I seriously think I need to develop queen rearing skills for next year.
Posted by Bee Magic Chronicles for Kids at 12:42 AM 2 comments: